November 23, 2014
I use this analogy. A salesman comes to your town and tells you that everyone in this town has a terrible, awful disease which no one knew about until this salesman shows up. Although the salesman can offer no proof of this disease he swears we will all suffer and die from it. However, he says the "good news" is he has the cure, and one can only get the cure from him, but he will save you and you will be eternally grateful to him if you but buy his product. Meaning: Christians tell us that we all have sin and that sin will bring us a terrible awful fate. Nevermind that until they came along, no one ever suspected we had this terrible condition and the Christians can't offer one shred of proof that we have 'sin' or that a terrible fate awaits us. But, the 'good news' aka Gospel is they have the only cure and we can only get it from them - one can only be saved from sin and hell through Christ, not by living a good life or practicing peaceful Buddhism, etc.
5 comments
Read more

My Take on Miraculous Experiences

November 19, 2014
So, what is my bias in the way I think about these experiences? I do believe that in all likelihood, the supernatural doesn't exist. I believe the natural world/cosmos is all there is. So, my bias is each and every one of these experiences probably have a natural explanation. I have read thousand of these experiences (premonitions, fulfilled prophecies, answered prayers, near-death experiences, astral projections, Voodoo curses, ghost encounters, feeling touched by dead relatives, divining rod, ESP, alien sightings, etc), and I have never encountered an experience for which I could not come up with at least one idea of how it may have happened naturally using nothing more than known processes such as: confirmation bias, illusory correlations, faulty memory reconstructions, hallucinations, etc. The problem is these events don't happen under careful, skeptical scientific observation. Every time scientists have made careful observations, the supernatural thing that supposedly can&
1 comment
Read more

God Cannot be Both All-Powerful and All-Loving (Reprise)

April 14, 2014
My thesis is if there is a god, it cannot be both all-loving and all-powerful. It can be one or the other or neither, but it cannot be both. Let me begin by defining my terms: 1) for my purposes “god” is a variable that can mean whatever people mean when they say god; 2) “all-loving” can include a lot of things and perhaps everyone’s definition might be a little different, but for my logical proof all-loving means at minimum god doesn’t want us to needlessly suffer [God can still be considered all-loving while wanting us to suffer if he deems the suffering necessary]; 3) “all-powerful” means that he can do anything that is not logically contradictory. [A logical contradiction is the conjunction of a statement S and it’s denial not-S. In logic, the law of non contradiction is that a statement and its denial can not both be true at the same time. That means that I would still consider him to be all-powerful even though he could not make us both able to experience pain and unable t
2 comments
Read more

March 20, 2014
Some of what follows comes from: Pascal's Wager Refuted ( http://infidels.org/library/modern/theodore_drange/wager.html  ) And some of it comes from me. "Pascal's Wager (call it "PW") may be formulated as follows: (a) If God exists, then whoever doesn't believe in him will end up being eternally tormented. (b) If God exists, then whoever believes in him will gain eternal life. (c) If God doesn't exist, then whether or not people believe in him can't matter very much. (d) Hence [from (a)-(c)], nontheists are running a grave risk. At the very least, the expected utility of their belief situation is infinitely worse than that of theists. (e) But such people are able to self-induce theistic belief. (f) Therefore [from (d) & (e)], all nontheists ought to change their beliefs and become theists. Here are some objections to PW:" * If God exists and he does eternally torment non-believers, then I don't want anything to do will him. He is evi
Post a Comment
Read more

November 03, 2012
"The United States of America should have a foundation free from the influence of clergy."— George Washington "The United States Constitutional Convention, except for three or four persons, thought prayers unnecessary."— Benjamin Franklin "This nation of ours was not founded on Christian principles."— John Adams "Religious bondage shackles and debilitates the mind and unfits it for every noble enterprise."— James Madison, letter to William Bradford, 1771 "As the Government of the United States of America is not, in any sense, founded on the Christian religion;..." ~Treaty of Tripoli 1796
Post a Comment
Read more 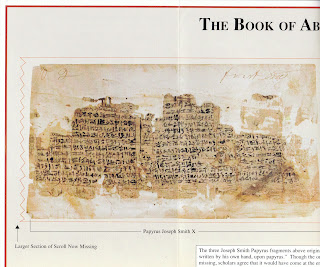 These scanned images come from the book "By His Own Hand Upon Papyrus" by Charles Larsen.
1 comment
Read more
More posts